1. What is the role of gambling in the novel? Examples we’ve seen include Fred’s losses at billiards and his subsequent attempts to get the money back by “swopping” horses; Farebrother’s fondness for cards; and now Lydgate’s taking to billiards in the hopes of winning enough to cover his debts — the first of the book’s “two temptations.” It also seems noteworthy that there’s a character named “Raffles.” How do people fare in Middlemarch who trust to chance? Why — what’s wrong with pushing your luck a little?

2. “I could be a good woman if I had five thousand a year,” declares Becky Sharp, the ruthlessly amoral social-climbing heroine of Thackeray’s Vanity Fair. Does Middlemarch too suggest that morality is a luxury enabled by money? How does the threat of bankruptcy affect Lydgate, for instance? Is his judgment about Raffles affected by his indebtedness to Mr. Bulstrode? 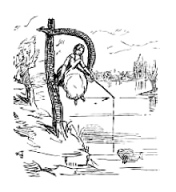 3. Chapters 69-70 set up what becomes a kind of murder mystery — or at least a crime story, since while there is a death in ambiguous circumstances, there isn’t exactly a murder. Or is there? What do you think? Why does it matter?

4. The stories that circulate after Raffles’s death are another of the novel’s great case studies in (mis)interpretation. What factors affect how people interpret what they hear or see about the case?

5. The board meeting in Chapter 71 brings Lydgate’s vexed relationship with Mr. Bulstrode to a crisis. Do you think better or worse of Lydgate for his actions at the meeting? Did he do the right thing? Was there a right thing to do?

6. The Lydgate – Bulstrode catastrophe finally brings all of our characters together into one plot, showing that the novel’s many strands are all interconnected parts of a single — very tangled — web. Can you see a way out of the mess? Is there any hope that Dorothea’s bold plan (“Let us find out the truth and clear him!”) will succeed?

This site uses Akismet to reduce spam. Learn how your comment data is processed.

The materials for this website are also available as e-books through Amazon and Kobo.